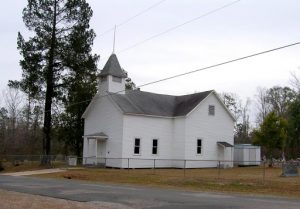 Vernon Parish was named after George Washington’s home, Mt. Vernon, and was created by an act of the Louisiana legislature on March 30, 1871, from portions of the Parishes of Natchitoches, Rapides, and Sabine. Originally the area comprising Vernon was apart of a tract of land that was in dispute between the United States and Spain, this land was called the “Neutral Strip”. As a result of this dispute the area became a haven for outlaws. Prior to the Louisiana Purchase in 1803, the only persons who came to the area were a few French and Spain settlers. The Parish economy has largely been based on pine products since its earliest days. The logging and lumber business became a thriving business in 1897 with the coming of the Kansas City Southern Railway still in operation today.

Page load link
We use cookies to improve your experience and analyze website traffic to improve our website's performance. By continuing to the site, you consent to store on your device all the technologies required for this task. See our Privacy Policy for full details. Ok
Go to Top